This issue of RSE  aims to propose a critical and historical reflection on the many variables that feature the practical and theoretical achievements of Maria Montessori’s pedagogy and movement from the end of the XIX century to our years, by highlighting the human, professional and cultural relations between her, her thought and some significant institutions, educators and thinkers in Italy and in foreign countries.

Maria Montessori, her theories, her method and her schools have always been at the center of a broad debate that involves both educational elements, and historical, cultural or political aspects.

PRIN 2017: "Maria Montessori: from the past to the present. Reception and implementation of her educational method in Italy on the 150th anniversary of her birth". 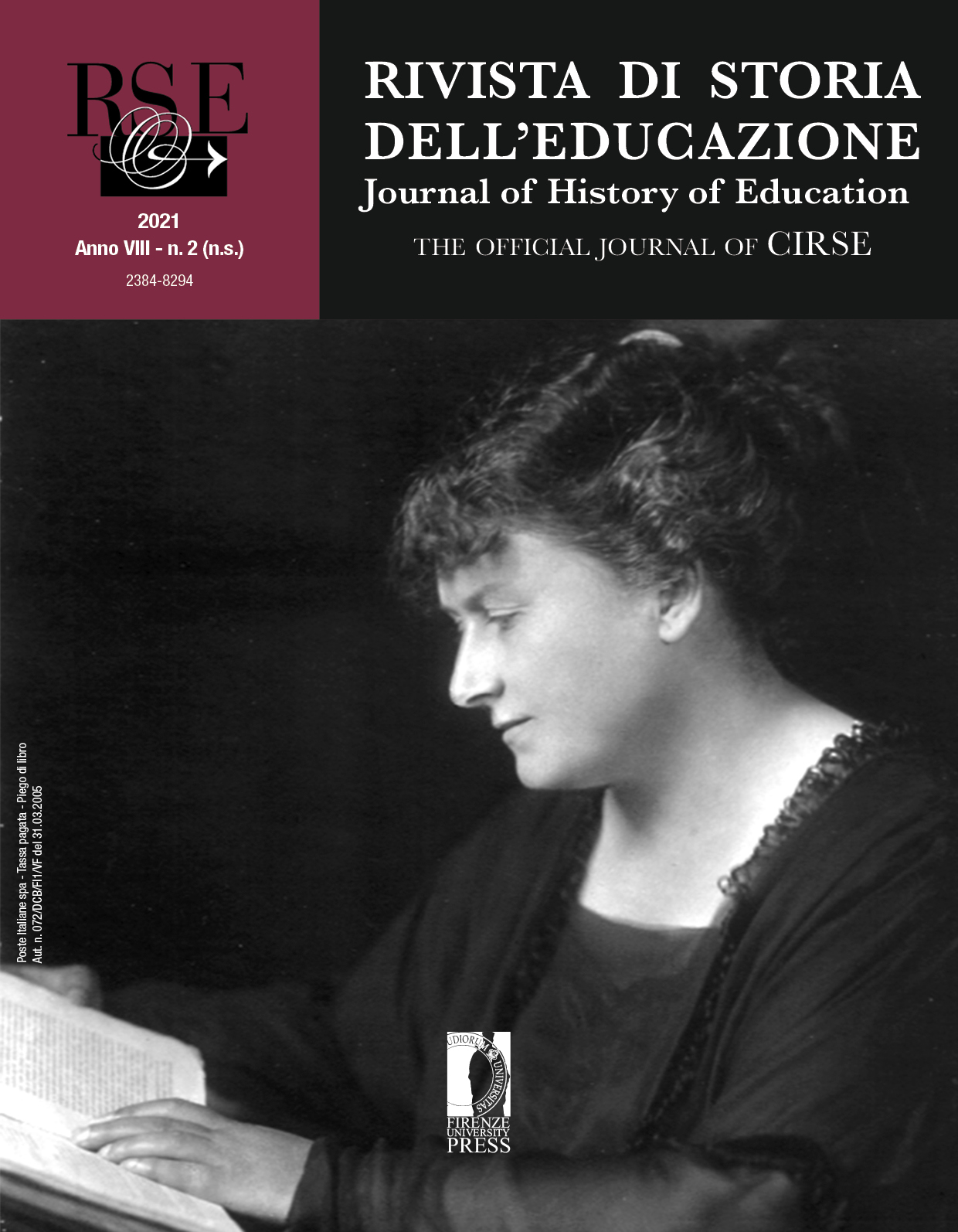 Maria Montessori, her times and our years