School and hegemony of time in Post-Unitary Italy. The Sardinian case between local and national history 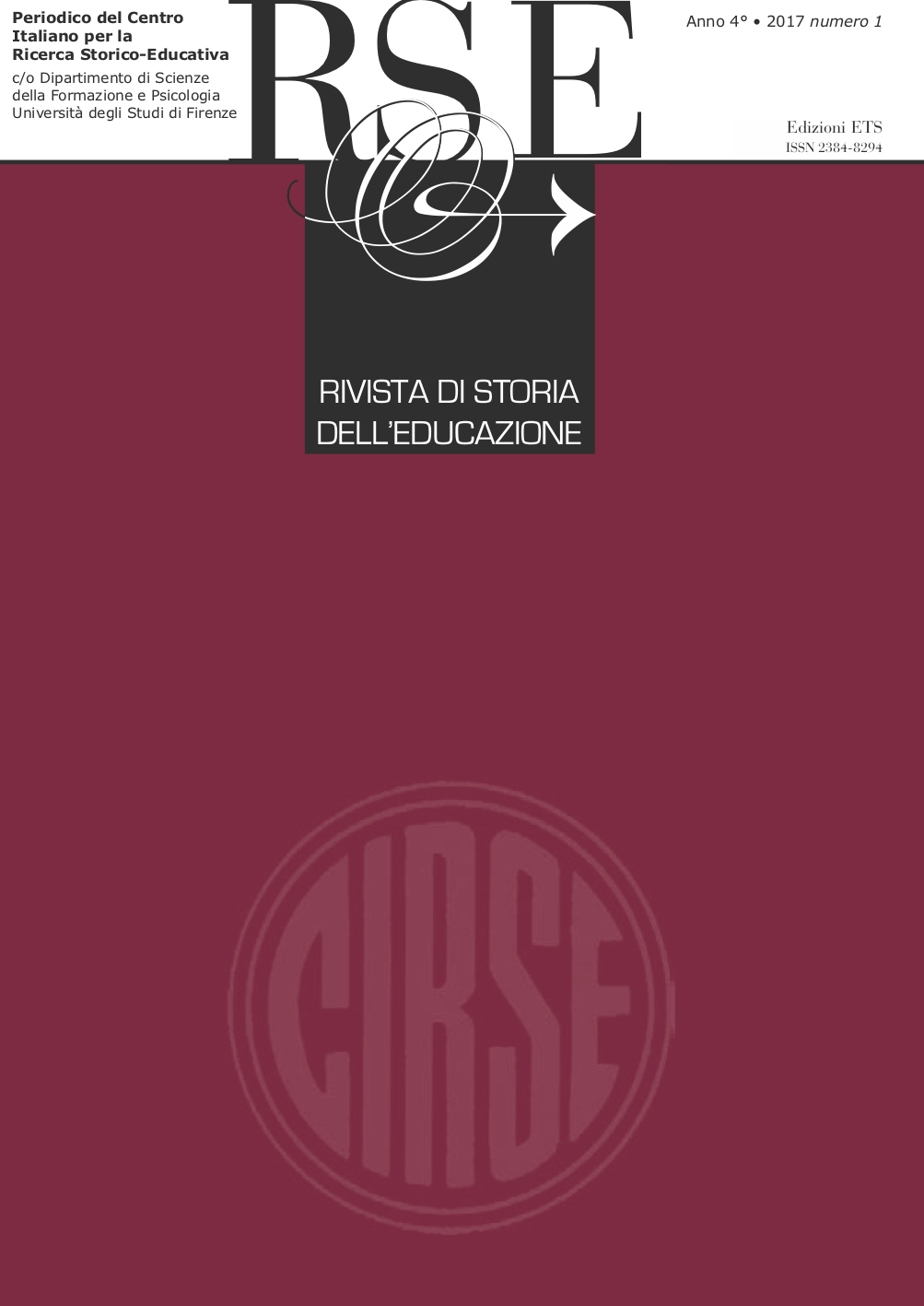 This article examines the relationship between time and education. It focuses on history from below, from the margins, primarily in Sardinia. The management of the school calendar is a source of debate and has generated open hostility and friction between a centralistic and “panoptic” idea of education and its fragmented, particular vision. The latter is attentive to local needs: harvest times, climatic conditions, cultural and religious traditions which were all expressed within schools. Compulsory education, bound to a national program, gradually replaced ancestral traditions and, at times, came into conflict with deeply rooted knowledge. The link between time and education, which is the focus of the article, will also allow for reflection on the processes of the nationalization and secularization of the school which followed centuries of the pre-eminence of the clergy. The analysis is based on research in archives, the study of secondary literature, the investigation of literary sources and on disparate and faint traces of temporal devices used in the classrooms.