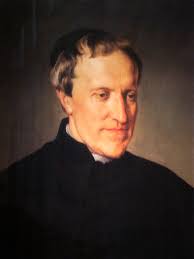 In the cultural history of the reception and interpretation of the pedagogical thought (in a political-juridical-theological key) of Rosmini, critical literature is almost completely lacking on a far from negligible topic, as is the relationship and the mutual reference between the rise of the orders of reflection of conscience, the first of which also coincides with natural rights, and the deriving of the other human rights inferred from them. Furthermore, Rosmini’s educational proposal from and on the topic is directly connected with his analysis of this mutual reference. In all respects, the genesis of the lack of focus of critics of this supporting structure seems to be attributed to the undue overlap and/or lack of distinction between (the orders of) intellection and (the orders of) reflection. The article aims to bring to light the centrality, in Rosmini’s thought, of conscience and human rights, both arising from the orders of reflection and their dynamics, conceived, in particular, in correlation with the orders of intellection. Moreover, it aims at indicating the terms in which critics have even marginally addressed them, in order to propose some etiological hypotheses that explain this oblivion and void of the critics itself, as well as suggesting concrete historical-educational paths of research aimed at remedying this lacuna.