The first schoolbook for the Ladin schools: historical background and didactic description 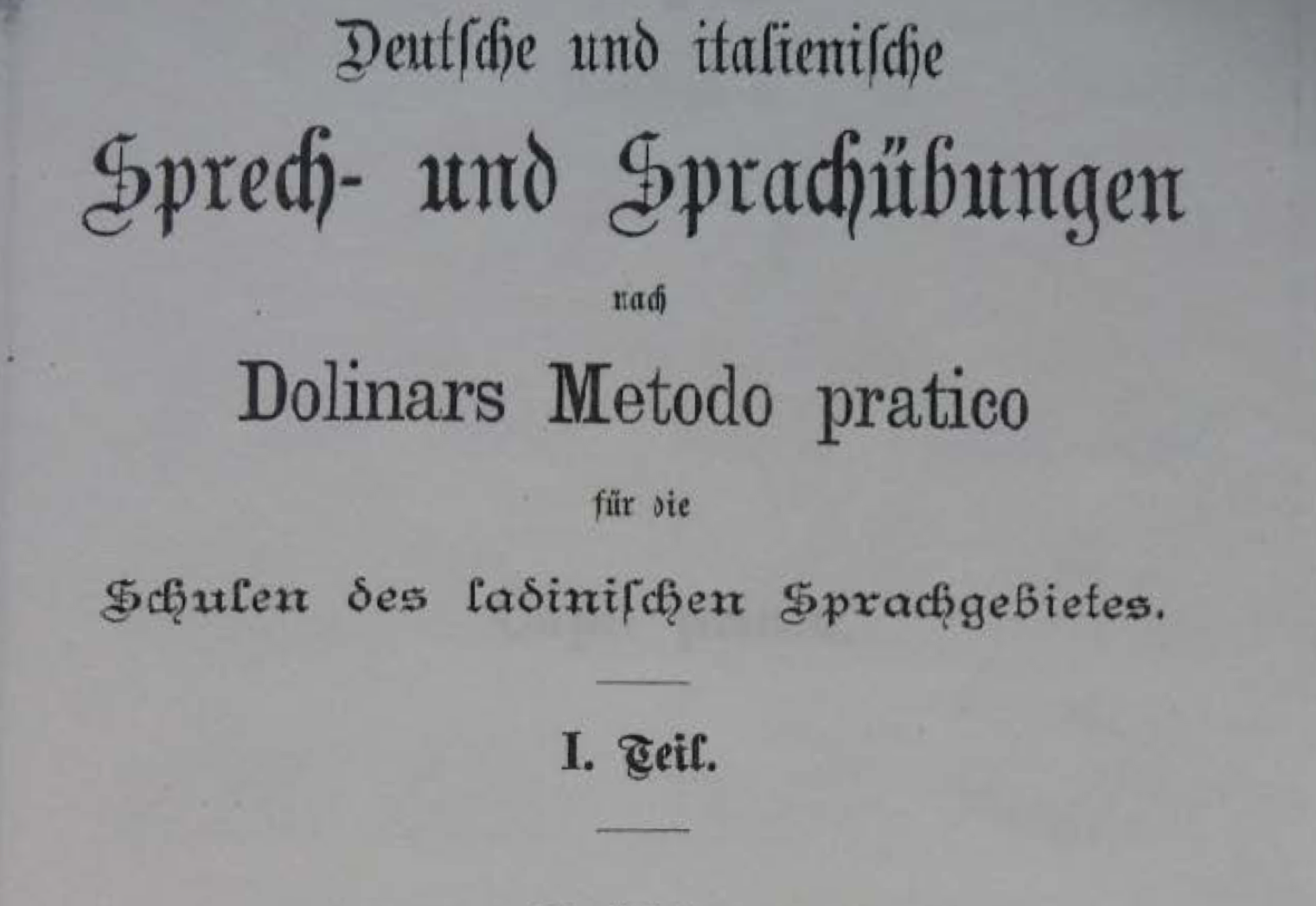 This article presents the first known schoolbook printed especially for the elementary schools in the Badia valley (Ladinia, South Tyrol). It is a bilingual textbook for the parallel teaching of the languages Italian and German, realized at the end of the 19th century, printed in two volumes in 1906 and 1907. Above all, the article examines the historical context, in which the book was born, deepening the so-called «Enneberger Schulstreit», the virulent conflict between 1870 and 1895 regarding the use and teaching of languages in the schools of the Badia valley. Then the two authors, the teachers Peter Detomaso and Remigio Antoniolli, are presented. The central part of the article consists in a comparison of the «Ladin» book with the declared model of the work, the «Metodo pratico» of Giovanni Dolinar. Linguistic aspects (e.g.: grammar, spelling, characters/writing types, readings, writing compositions) and didactic aspects (e.g.: aims and objectives, suggestions for the teacher, proposed didactic methodologies), as well as contents (e.g.: religious texts, civics texts and historical, geographical, scientific texts) and the global structure of the book, are studied in depth.